In five instances during the 3W research, we asked the women entrepreneurs “Do you personally own a phone?” The results varied according to different interview rounds and did not show a clear pattern of more and more people getting their own handset. It took us some time to unravel the ‘story’ behind this.
First of all, in test surveys we simply started asking “Do you have a phone?” and practically all respondents said they did. However, we soon learned that these phones were not necessarily really the respondent’s personal phone, but from someone in the household. We changed the question to “Do you personally own a phone?” This resulted in quite a few people saying, “No, no phone”. But this was still the beginning of the investigation and the researchers were still learning and did not yet know the respondents that well.
During the course of the research the researchers used respondents’ phone numbers to make appointments for the interview or to remind the respondents that they were coming at the agreed time. But regularly the phone numbers did not work, other people answered the phone, or the phone was dead. It proved to be much more of a challenge to get hold of the respondents than anticipated.
This experience made the researchers more skeptical about the real phone-ownership of the respondents and towards the end of November 2018 (in the 20th interview) during a special set of questions on phone usage, the researchers would question the respondents when they said “yes, I own a phone”. 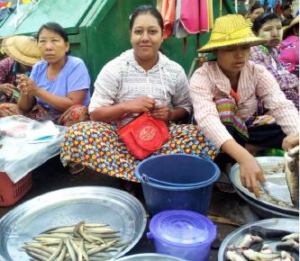 Asking them why they did not answer the phone, why it was not easy to get through. It turned out that in reality the respondents often used the phone of their family members or indeed, the phone may have been a shared possession, used by husband and wife.
At the time of that November interview, so just half a year ago, almost one in four of these entrepreneurial business women did not own their own hand-set. 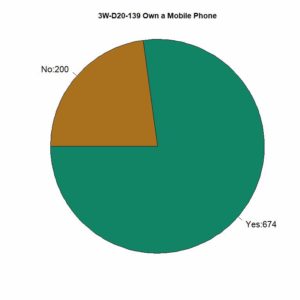 Most of the women entrepreneurs without phones still accessed phones regularly. They particularly used their spouse’s phone (50 percent of those without a phone) or their daughter’s (16 percent), son’s (12 percent) or neighbour’s (16 percent). This means that for quite a few business women it appears sufficient to have one phone in the household.
We also looked at the type of phones people used. Originally we simply asked “what type of phone do you have?” With that question many reported to have a smart phone (43 percent), 43 percent had a ‘feature phone’ and only 14 percent had a simple phone. However, also on that point the field work showed a different reality. Phones were less ‘smart’ than reported. These phones may have had large screens and all the buttons in the right places, but functionality barely exceeded simple phones. In fact, many of these phones did not actually offer the full range the term ‘smart phone’ normally implies. So we knew we had to dig deeper and look at this theme in more detail.
Instead of asking what type of phone they had, we asked what they used their phone for. The below graph shows the result: 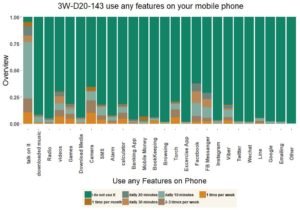 One feature ‘talk on the phone’ is used by virtually all respondents, also those who do not own a phone. However, none of the other features are used by more than about two out of five. After talking, the number one phone feature used is ‘Facebook’ (by 38 percent). Next is ‘use camera’, used by 32 percent. Third feature is ‘watch videos’, used by 30 percent and finally ‘Facebook messenger’ used by 20 percent.
Features that are widely used in other countries (even with simple phones) like SMS, calculator, torch, are quite rare: just around 18 percent report to use these at all. When the entrepreneurs wants to find out about business news (say prices of commodities), people report to primarily phone others (74 percent) or using Facebook (35 percent) or Facebook Messenger (28 percent). 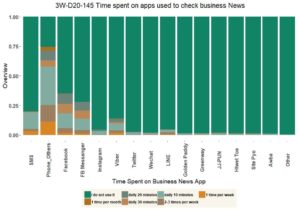 What does it mean to financial service providers?

First of all, it should always be kept in mind that a substantial portion of users may not have their own, exclusive phone – they may be sharing a phone. It may be useful to design ways where different users of the same phone and number can be identified. These users sharing a phone will probably appreciate if they can log in securely into an app without possibility for other users of that phone to see the content.
Importantly, while many have large-screen phones giving the impression that smart-phones are widespread, only a limited number of respondents actually have the ability to download apps or to access an internet browser, due to partial setting up of the phone (no email accounts, email account from the shop owner was used, no data package that allows internet browsing and a number of Chinese phones and even ‘fake Chinese phones’ do not allow downloading anything). Many people just use the app ‘Zapya’ to send by Bluetooth apps, games and films to each other. Hardly anyone uses Play store or other such app stores. Most people and businesses channel their communications through Facebook, which makes sense when looking at the user levels. The fact that this restricts the options and may have privacy issues might not be known to many users or even to companies using that channel.

When deciding which channel to use to communicate to micro-entrepreneurs, from our data, we would say: 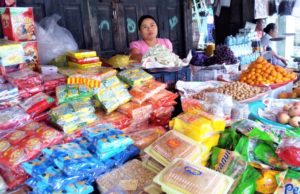