A few days ago I received a blog written jointly by Frehiwot (our program assistant) and Bingo, one of our faithful long-term researchers in Kiryandongo refugee settlement. The blog introduces Bingo and sheds some light on his life and work and his experiences as a refugee.

Frankly, I was not sure how to proceed. Bingo’s story, told so dryly, is disturbing. For me personally it is also hard to rhyme the short facts of his life with the person I have now known for nine months. To be clear, Bingo is a proud, confident man, fiercely committed to fairness, but otherwise a very normal person. He always gives his clear opinion, does his work and never much mentioned about his past. Had I not received this blog, I would not have had much idea what this close colleague’s life has been like. To me it was a realization that so much goes on in people’s lives under the surface and they maintain a normal appearance.

I proposed him the blog would be written in direct tense, letting his voice come through for us all to understand a bit more about him and about South-Sudan. Writing about him would require too many superlatives.

“My name is Bingo Apolo Valantino, I am a 34 years old South Sudanese, from central equatorial state Juba. I now live in Kiryandongo Refugee Settlement, Uganda with one of my clan members and his family. I have been living in this settlement for the past 2 ½ years. I am one of L-IFT’s researchers in Kiryandongo. I have been interviewing respondents for the Refugee financial diaries project since July 2019.

I was born on 1 January 1985 in Juba Town. My father died during the liberation struggle in May 2001 and hence my uncle, who was at that time the Minister of Agriculture and Forestry, raised me. My uncle passed away on 1st August 2010. After his death I started struggling to pay for my University education. Going forward, I was forced to study every other year, as I needed to work the other years just so I could pay for my education costs.

On 15th of December 2013 war broke out in South Sudan. Due to the insecurity caused by the crisis, I could no longer pay my tuition; so I immediately dropped out of the university. I then started looking for a job and I became staff at the National Bureau of Statistics Commission. Soon after I got married in 2014 and my wife and I had 2 children.

In July 2016, war broke out again and unfortunately government troops went to destroy my village using violent force; they were killing, raping, looting and torture was carried out in large scale. This forced me to leave South Sudan and escape to Uganda. I was then detained before crossing to Uganda by the security operatives of the government of South Sudan. I was arrested and detained for 6 months for being a suspect for rebellious acts, but since it was proved to be otherwise, I got released in March 2017. Then I entered Uganda and registered as a refugee.

During my detention my family had been displaced and my wife was raped and then forced to marry one of the generals. My children are now living with one of my relatives. In Uganda I then got the opportunity of becoming a data collector for an NGO in Kiryandongo. The contract ended in 2018.

Afterwards, searching on the internet I saw the vacancy announcement for field researcher from L-IFT. I applied for the job. I then passed the interview and the second round of tests. Since August I have been working with L-IFT. It is now more than 9 months.

There are many things I have learned from L-IFT: patience, regular saving, time management, resiliency and the spirit of serving the community.

I applied to L-IFT to work as a researcher which at least enabled me to settle somehow and if all goes well I am planning to open up some business with the saving I have and I shall continue to serve my fellow refugees through the help of L-IFT and PHB.” 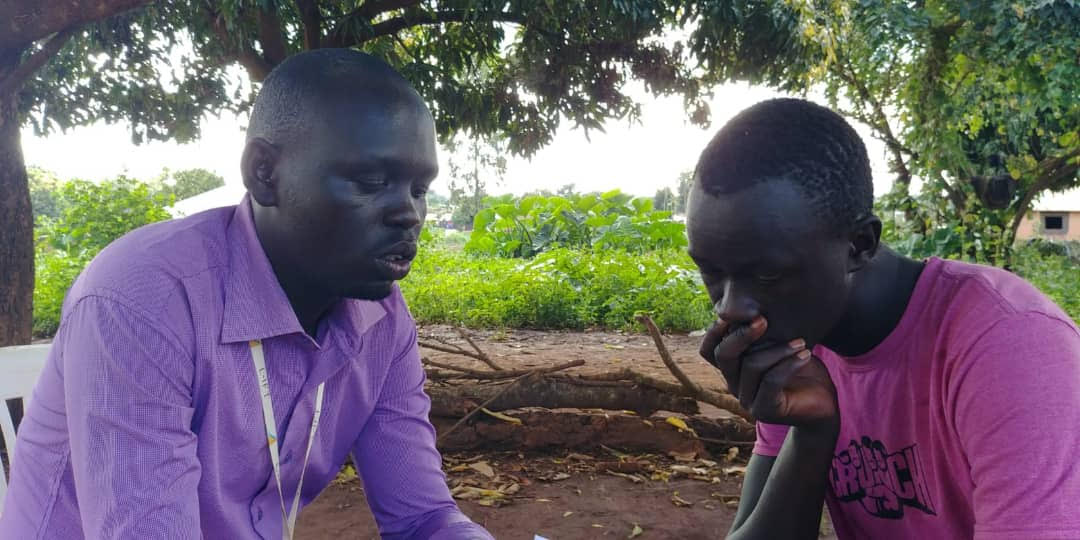