Refugees are one of the most vulnerable groups that could be disproportionately affected by Corona virus. Not only the disease itself, but the strict measures that are put to halt the disease has far more implications for those who live in refugee settlements. Uganda has over 1.4 million refugees mainly from South Sudan, Democratic republic of Congo and Burundi. The stay-at-home order that has passed by the Ugandan government also applies to refugees that prevent them from venturing outside in petty trade, work on their agriculture, even collect firewood for cooking.

We asked 151 refugees in Nakivale and Kiryandongo settlements about their worries, fears, thoughts regarding the pandemic and how they have changed their lifestyle to protect themselves from the disease.

The threat of Corona virus has resulted in the prices going up for food items and cooking fuel/charcoals (according to 90 percent and 65 percent of the respondents respectively). They are most worried about prices going up even more and having less income at the same time. In fact, loss of business sales/customers (37 percent) and less/no paid work (26 percent) was mentioned by the refugees interviewed as effects observed by the threat of the disease. Only very few were worried about their health and catching the virus (19 percent).

Most importantly, refugees in these settlements, are worried about the food support they receive, that it may no longer arrive. Without Covid-19 that would already be a genuine concern as WFP has announced 30 percent reduction to food ration it distributes to refugees due to insufficient funds[1](WFP received less international aid for feeding the 4.5 million of refugees in the Horn of Africa). Their worry about this food support is even worse in this crisis: will WFP and UNHCR be able to purchase the require amounts of food? Hunger looms as perhaps even larger threat than the Corona virus epidemic. Two fifth of the respondents are also worried about the health service not being able to deal with the disease. They are at higher risk with regards to health care even without the pandemic. Certainly many of these worries of the refugees are shared by others in the country as well.

On the bright side, refugees we interviewed are mostly taking the precautions to protect themselves and their families. They stay at home as much as possible (74 percent of the respondents); washing hands (66 percent); keeping children at home (64 percent) and keeping distances (58 percent). This is a good sign that shows they are doing what they can to stop the spread of the disease.

Overall, the lock down may be having more severe impact on the refugees than the spread of the virus would have. 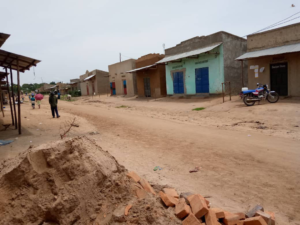 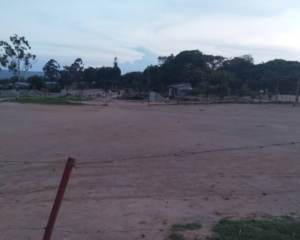 Fig 2: Taxi parking Nakivale, which was normally full of cars