This respondent has engaged in weaving activity for more than 5 years. He started his business along with his friends as co-owners and they used to have lots of work and customers. Their business used to have a high income and was profitable. However, the pandemic had decreased their business activity way below expected. He has mentioned that the price of raw materials has increased and especially the price of yarn (Saba), which used to be 170 ETB (3.28 USD), increased to 310 ETB (6 USD). Thus it has highly affected their business.

He mentioned that if a certain celebrity like Teddy Afro or someone else wears certain clothes, the next day, most people wish to have those clothes. Thus, in order to sell these certain clothes in a higher amount, traders mostly hide that specific product.

He said that customers mostly don’t pay their payment as expected and they say they’ll transfer through a bank account but they don’t deposit the full payment so whenever he sets a program to finish up his work, he doesn’t receive his payment on time so as to move forward for the next work so he said this has been a challenge for him. Before COVID, he used to have an agreement to be signed by both parties which includes the partial and full payment as well as the date but nowadays, he gives them an invoice after receiving his partial payment but still, most customers don’t pay on time.

At last, he mentioned some people came by during the contribution for the renaissance dam and they made an agreement with him and he signed so that he could work on some products like certain traditional men’s clothes and they made him a promise not to make such clothes for any other party. However, after they received the sample and design they wanted at that time, they took off and left to somewhere they could get at a lower price so they took advantage of him and this disappointed my respondent at the time.

My respondent is working hard to pursue his career goals and become profitable and successful day after day. 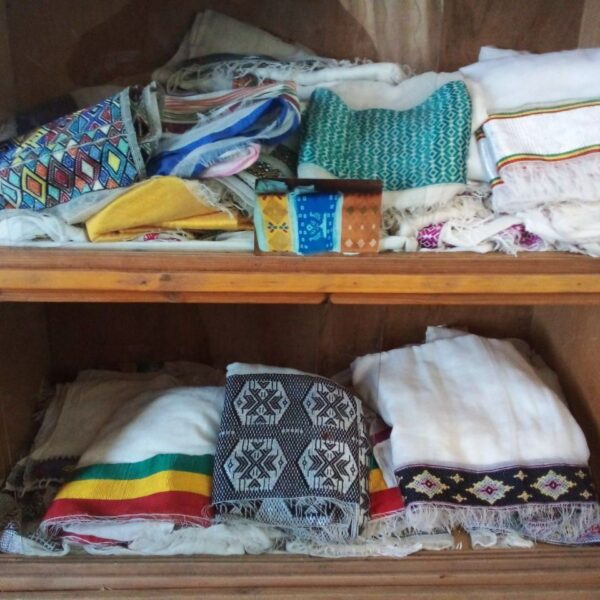 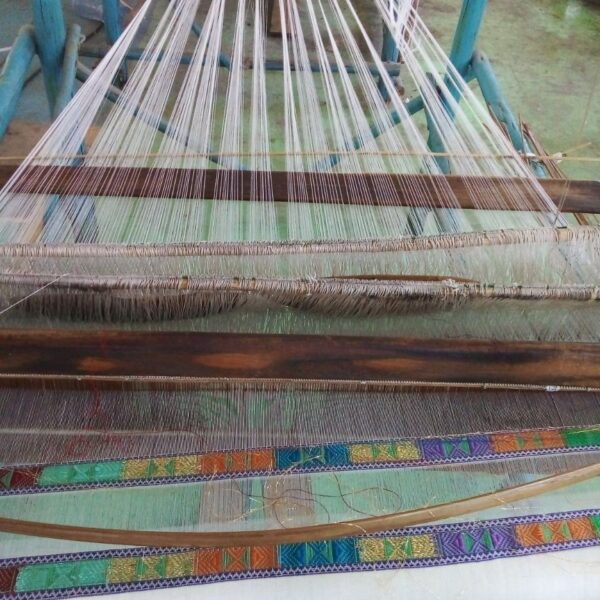 A year ago, the owner of the firm took a loan of 50,000 ETB (964 USD) from his family, expanded his workshop, and produced different varieties of products. Last week, he paid back the total amount of the loan to his family (half of it in cash and the remaining in-kind).

Most recently, especially after the firm was included in this study, he began to produce different kinds of products that are not familiar in the community using the internet (google search). By using the internet, he first internalized how to make them and put that to practice later. By exercising this, he gained different skills in producing different kinds of products. Currently, his business is showing a significant change from time to time. 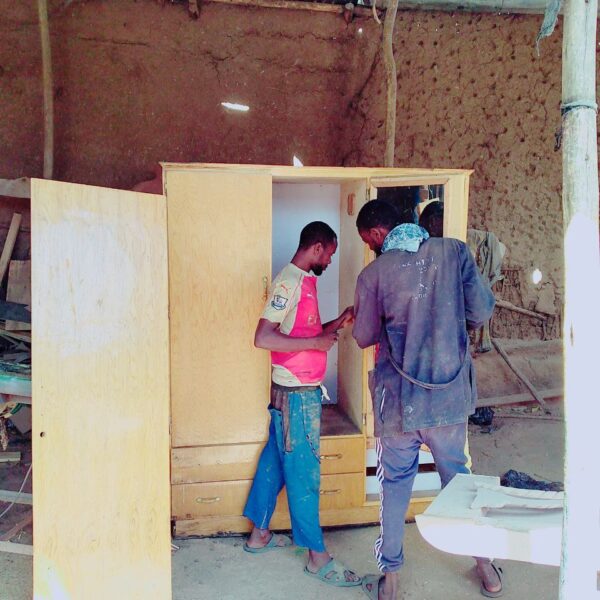 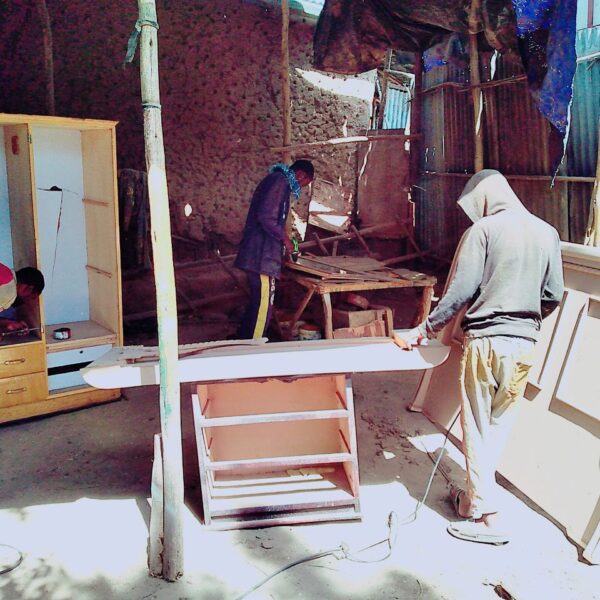 This respondent is a baker who is engaged in the bakery business and is planning to start something else in addition to her current job. She is planning to start poultry farming, has set up a space in front of her house for work, and she built a house for the chickens, but her neighbors were not happy about it. Another thing is that there are three things that are a problem for her current job; frequent power outages, the lack of water, and waste around her house. When we come to the first problem, the power outage is causing a lot of problems for her because this job can’t just stop when there is a power outage. In addition, as we can see in the picture below, the teff she prepared for baking will spoil if she doesn’t bake it on the day she is supposed to bake, leaving her at a loss. That is what is happening now. She is also losing customers because the majority of the recipients are hotels and they do not want to be delayed for any reason, so she has to bake with wood even if there is no electricity. Not to be overlooked is the fact that both the wood and the “sagatura” (wood chippings), which she uses to bake without electricity, are now very expensive so it’s difficult to buy them and they are not good for the health of the baker because using them is tiring and they expel a lot of smoke. Her customers are looking for other options because of these reasons. 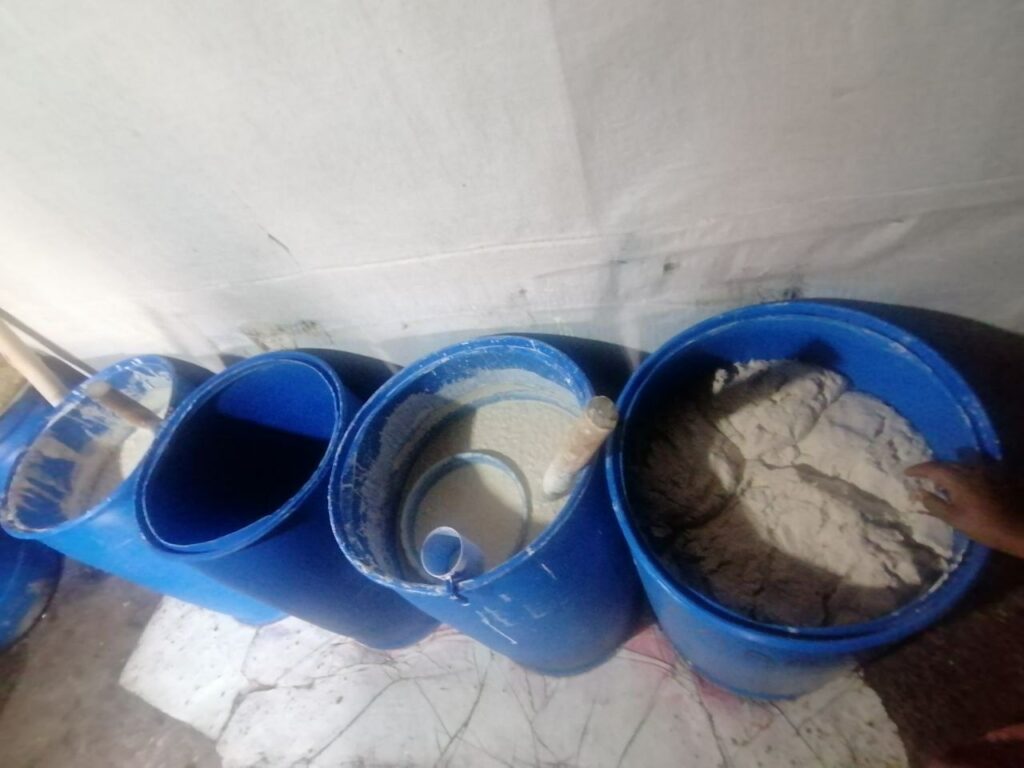 It has been three days since this dough was set up and it couldn’t be baked because there is no electricity again. As we have tried to clarify above, if it lasts longer, it will spoil. 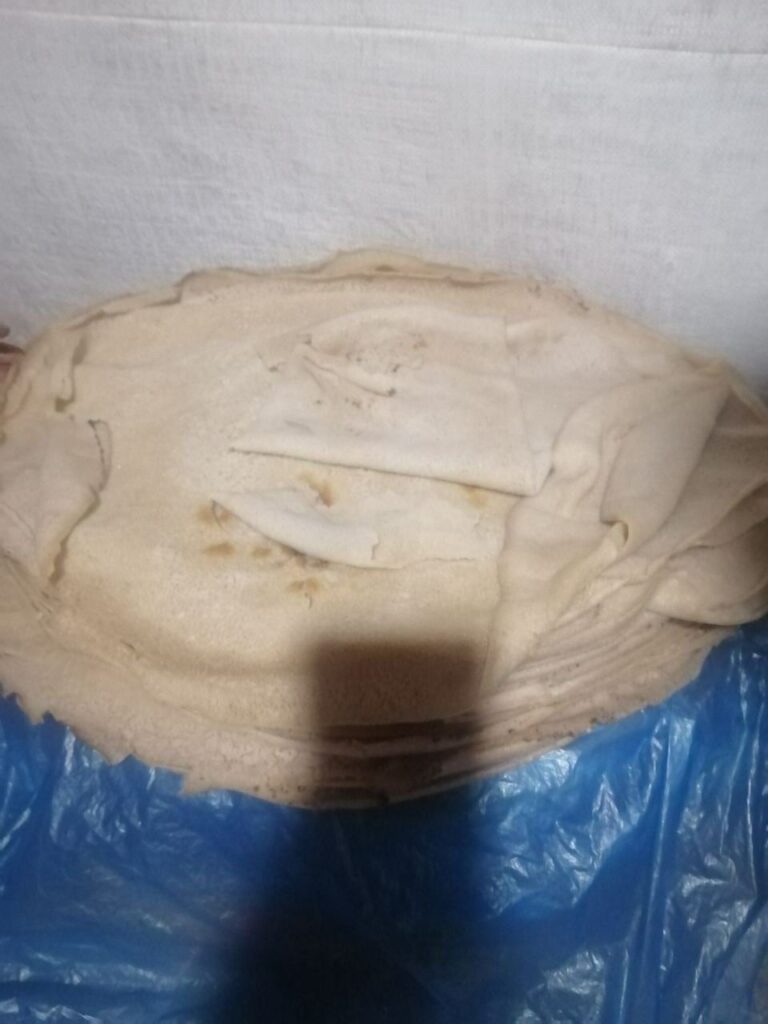 This Injera (local flatbread made of teff) is spoiled. Customers first took it and they brought it back saying that they could not sell it.

The second problem is the lack of water. In the past, she used to buy water every day, but recently she installed a pipe that cost up to 10,000 ETB to build, but she still has not stopped buying and using water because water comes through the pipe only once a week.

Last but not least, the waste around her house. This came about a short time ago because the government has allowed people to collect and recycle the waste in that area, but this is a big problem for her job because people think there is garbage there and they stop coming to her house to buy injera and it smells so bad for her and her children. 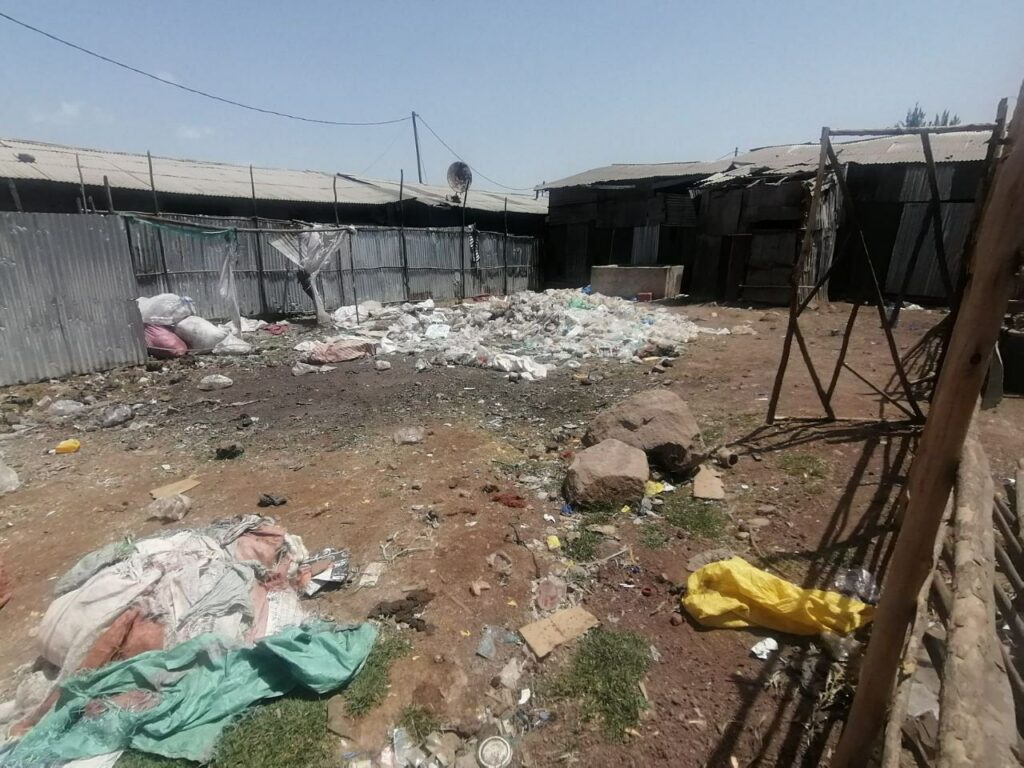 This is the place in front of her house.

Life has never been easy for this respondent. After he returned from military duty, he couldn’t return to his former job because of structural change. Then he decided to open a carpentry workshop. He took some training from the Tegbare’ed Traning Center and started to work at his house. Bypassing much difficult bureaucracy, he got a premise at the Kotebe Industrial Park. Then, he bought different machinery and hand tools that were used to produce wood furniture. Unfortunately, on one bad day, his premiss was fully demolished by a fire accident caused by a cigarette fire. Then, he restarted his business again by buying a new light hand machine. In spite of his challenges, he was hoping to expand his business by buying new machinery and working on diversifying his product again. So as to make his dream true, he had been saving money for the last nine years. By using his private saving and by borrowing from his friends, he planted new machinery. He also become very hopeful to produce diversified products. Unfortunately, on March 5 a fire accident that came from his neighborhood demolished all of the new machinery, hand tools, his premises, and inventory again. 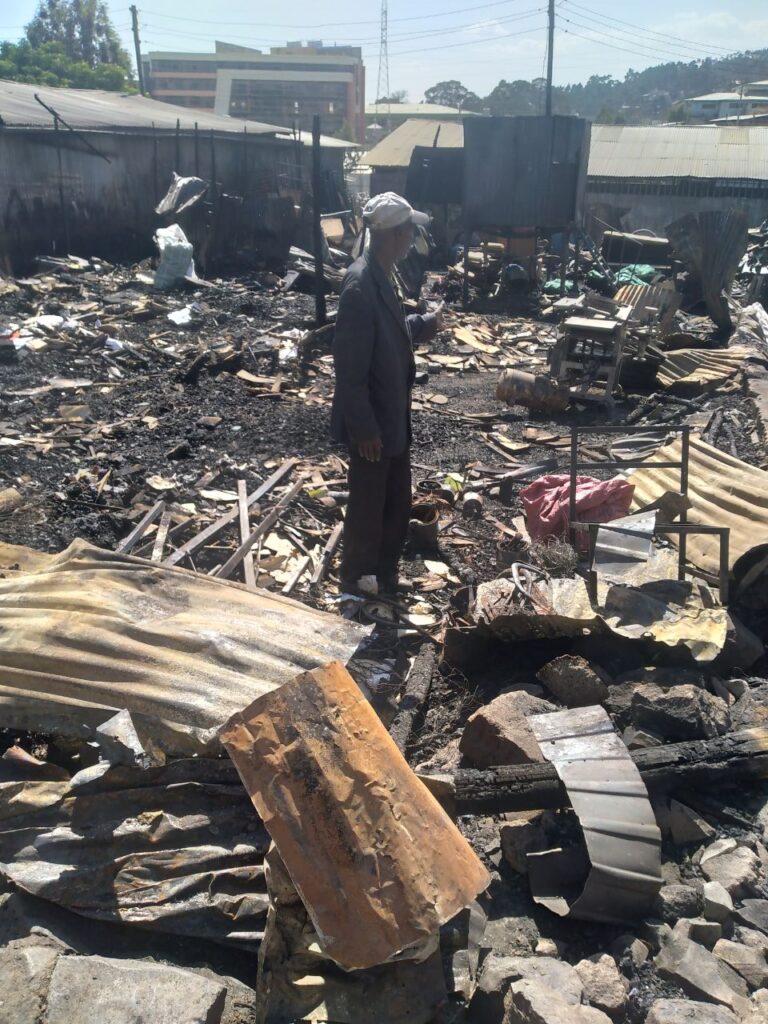 The owner of the firm is 34 years old and a father of two children. He has a diploma in accounting.

Before starting the milling business, he used to cultivate different vegetables and teff at Awash Melkasa three times a year by using rain and irrigation.  However, his plan was not successful. For this reason, he stopped working in agriculture and shifted to work in his educational profession.

He started to work with different rich people on auditing. In the beginning, his father was leasing the milling house to another man, however, this man didn’t handle the rented milling house properly. Due to this, his father gave him the milling house so that he can work hard and change his life. But sometimes, he buys some grains and provides milling services for his family for free.

After running this business for some years, he saved some money and started fattening sheep and dairy cows.

What motivated him to start this additional work were the by-products that he gets from milling services. The by-products can serve as feed for animals (cattle) and reduce extra costs, especially the money spent on buying food. He got experience from his mother when he was a child. His mother also participated in the dairy cow business by selling their milk to different customers and using them for different purposes. 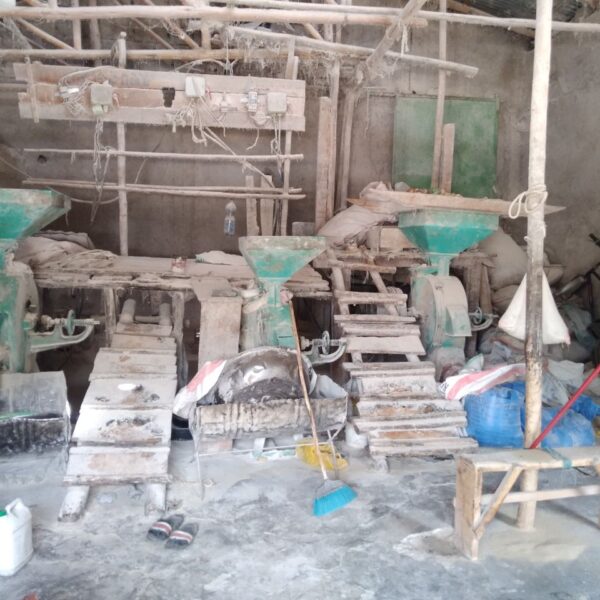 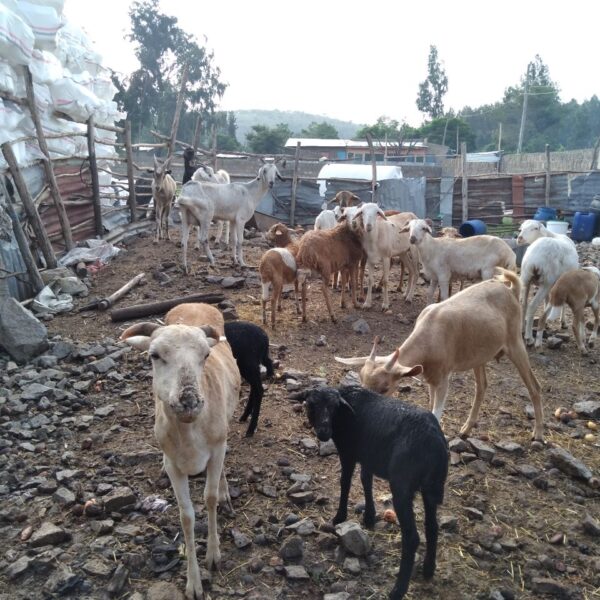 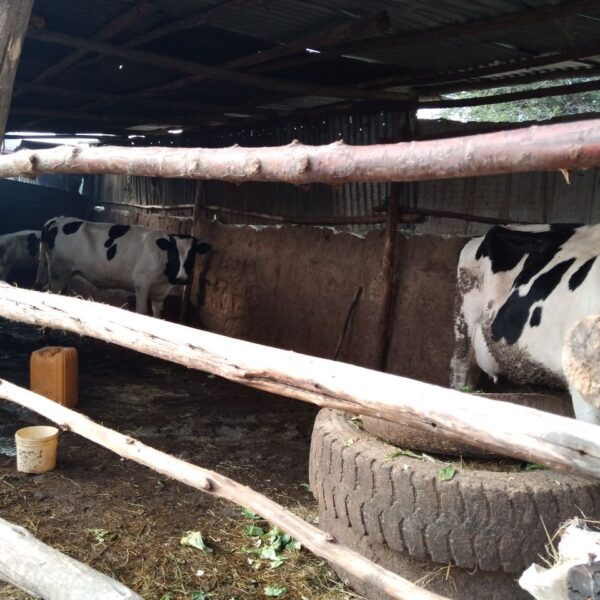 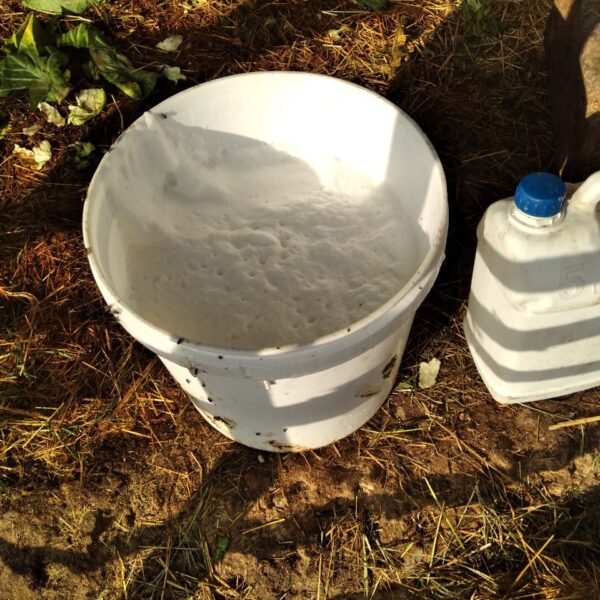 This respondent has no employees rather than a guardian for his wealth. He does all the activities that can be done in the milling house and also distributes the milk to his customers by himself. The reason behind this is to save money spent for these purposes. In addition to this, he wants to open a new branch of the milling house and he is waiting for power.

Totally, he is a clever and hard-working respondent and has a good vision to develop his economy in the future.