History of respondent: ETH 616
By the time we met this respondent at his work place, only the respondent is available but not any employee as well as none of the machine are working because of order unavailability for this week. But this respondent engaged in building emergency exit which is erected from base( floor ) to the end of a new building. He said this is a result of economic slow down owing to unrest in northern part of Ethiopia. The action of Customs Commission discourage him because they forced him to bring bank statement for tax payment which does not show actual transaction and income of the business because he do not differentiate transaction of the business from private expenditure and income. He has been built work shop at a place that is given from government so that he take loan and deposit it to his Bank account in order to use upon requirement. Thus his bank statement includes this loan as income for the business which leads to higher tax. He prepared income statement and balance sheet based on receipts and shows his profit for the year. and allow the customs commission officials to base this statement for tax payment but considered as unacceptable. He tries to make Customs official to understand the situation and waiting for their decision after meeting on his cases. 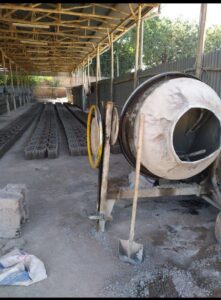 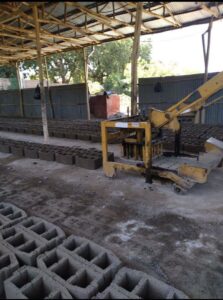 ET – 489 Cement block production
The firm was incidentally formed by 10 youths, while they were sitting and play together in their village. One of their friend raised an idea to work together by group and all are agreed. Among them there was a young man with a University degree in construction, he asked them to work on a construction project, and they all agreed and asked for kebele support to get a permission. The kebele was also had a good opportunity for them to get a job by organizing youths through revolving funds and through providing loans.The kebele organized the youths by providing them loans from the indirect fund, which provided them with a conducive environment for them to work with it, then the kebele’s officials asked them to choose sector to work with and they chosen cement block production for it was not that much difficult than the others.

Next, the kebele officials as formality asked them first to save 10% to get the loan amount they requested; then they saved 4,000 birr and got 40,000 birr loan. They invested the 40,000 Birr on construction shade construction and also invested on utilities and bought materials have importance to launched the work. Then additionally, they contributed 500 birr each to run the business and started to work with 5,000 birr. The work was going well but they couldn’t agreed each other, they were disrespected each other and every one hears only his own idea. He Said that the big challenges working in a group are communication problem, lack of agreement and disrespect each other. Due to these core problems the group divided and failed and encountered for bankruptcy. They disunited each other and the remained 5 co-owners were subjected for electric bill and water bill payment and different bides were followed. The Housing Development Corporation informed the micro finance institution that it needs to give work for unions by competition. When the group heard this news, they went to the manager and complained that unprofitable and short-lived unions shouldn’t to compete with the experienced and profitable unions.The manager permitted to gave the chance for them without any competition with other unions, that have not paid their debts. Then this firm got the chance to work with the corporation. They signed a contract with the Housing Development Corporation in 2011 and was given 290,000 birr to payback in three rounds. From the former 10 members of the union, due to disagreement and lack of patience, only 3 members are left at the time they signed this contract. As soon as they signed the contract, they hired 8 workers and went directly into cement block production.

It was recently closed temporarily due to lower product volume and also the corporation asked them to improve the quality of their product out of the previous ratio agreement and they reversely asked the corporation to add the price rate if they need more quality. Finally they agreed with Housing Development Corporation. After the closure and returned to work, the amount of money on his hand has decreased so much and he told us that he was working hard to fix that. His current capital is estimated at 200,000 birr, including machines. At the end he told us that as he is happy with this work; for the future he has an aim to improve and expand his firm.