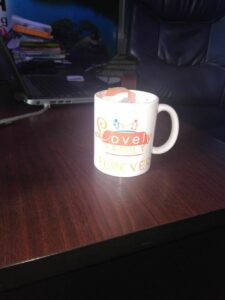 ET382
Let me share with you a story of firm ET382 which has been working on printing and advertising. The respondent is 36 years old; he is married and has 3 children. He started this work at 2011G.C. 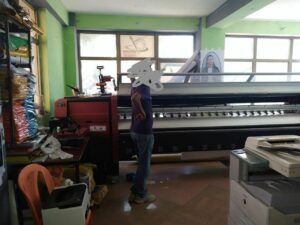 Before starting this business, he was working in the USAID organization in the Afar region; while he was working at this organization he saved some money and opened the printing and advertising business sector. However, it became difficult for him to carry out the business side by side while being in that organization. Then, he decided to work only in the private sector with his wife and with another additional employee. He has also opened another branch in Adama town. 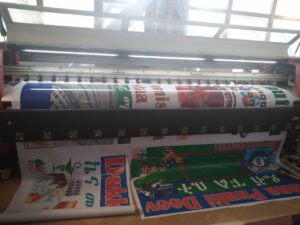 The types of work the firm is taking part in include producing banners, printing and different works which concerned with printing purposes.
In addition to this, the firm works on garments by buying clothes which are used for t-shirt and caps which can be used for different celebrating purposes like birthdays and other programs.

Currently, the firm owner has planned to open a paper factory and he asked Adama town city administration municipality to give him a working place. Additionally, he has started the process of taking a loan from the bank to execute or implement the new plan. However, due to the current security issue, the process has not been implemented. But for the moment he has started manufacturing cover page paper which is used for testing his work purposes. 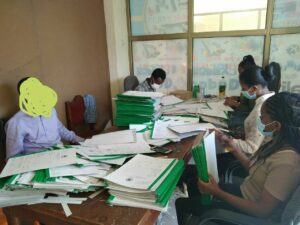 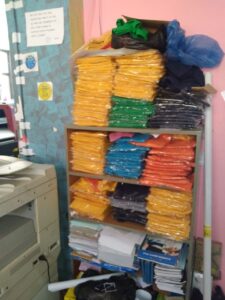 ETH719
To remember, this respondent has won a bid and received an order letter from Addis Ababa City government Mayor Office to make beds for the defence force which are two thousand one hundred pairs. Now, he finished these orders including decoration( paint with red colour ink). Some pairs of beds can be used separately because they make in the way one able to add (stab) over the other or take over and put at the ground itself alone. Side by side with making these orders, the respondent was able to make a grinding mill with full installation; with its Dynamo and all required equipment to start its purpose. It takes almost one month two make this grinding mill. These finished products and grinding mill make not easy to enter as they are stored at the gate.

Other firm owners who ordered and shared by our respondent to make some portion of this order also finished their orders and stored these finished products outside the shed.
The way these finished products are stored is not good because they are stored one over the other which is very difficult to pick each and load. Furthermore, there is a possibility of damage on part of bed during loading because the one can not pick with standing at the ground as the heap of products are very far from the ground.

This firm is engaged in a bakery. In the past, as we have already shared her story, she was doing a great job by hiring her staff and creating jobs for others but since last week, she has been facing serious challenges in her career and in some areas. Her place of work was large, so she renovated half of the space and moved in with some items, making it her home and also made it easier for her to do her job while she was there. We found her today, not working as usual, but sleeping in her house because she was very sick and in the past, we have seen that her work is unexpectedly declining and going bankrupt because of the poor quality of raw material (teff ) she received due to this she lost fourteen of her seventeen customers.She also lost three of her customers because she was not delivering on time due to a power outage. As a result, she is now out of work, leaving all her employees behind so she only bakes for people who come to the house to buy. 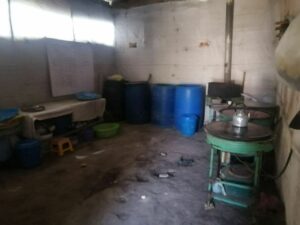 Right now, as we can see in the picture above, she is not doing any work she bakes only 40 injera per day and used to change the place of receiving teff because she wanted to avoid the same problems as before but now she only receives 25 kg, which means less than half of what she used to receive, which was up to 200 kg before.