This respondent, who is engaged in detergent and soap production has the capacity to produce eight different types of products without considering color and packed quantity difference but it reaches twenty when we consider these differences. He displayed these products at the work shop. Among these products, some have the specific target of usage. For instance, Ajaks; a solid soap used to clean utensils, and 760 ml liquid soap used to clean glass windows. This respondent uses two scales (weight measuring machine) because solid detergents are sold in kilograms. This respondent faces failure to produce these products due to his two mixer machines dropping water with out mixing with the powder and form soap, mainly Ajaks. Thus, the respondent was so busy maintaining his mixer machines with his employees. As a result, large quantity of semi finished soap were on the ground. 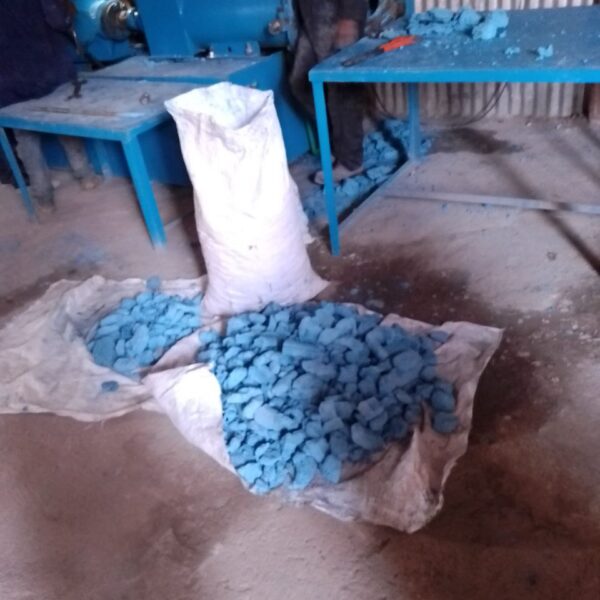 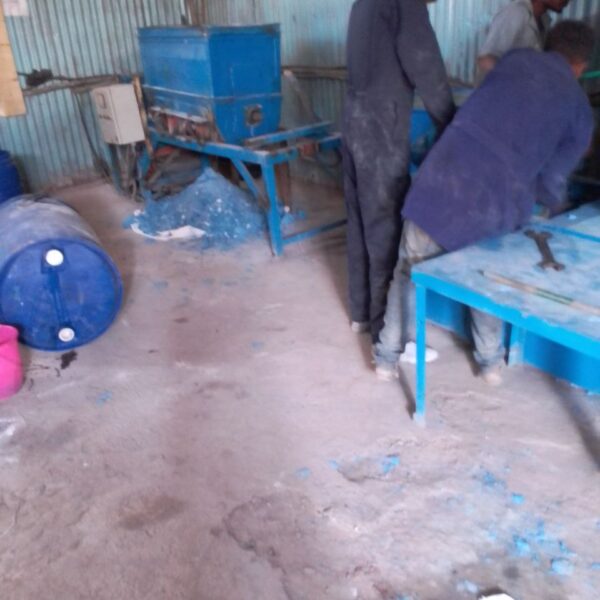 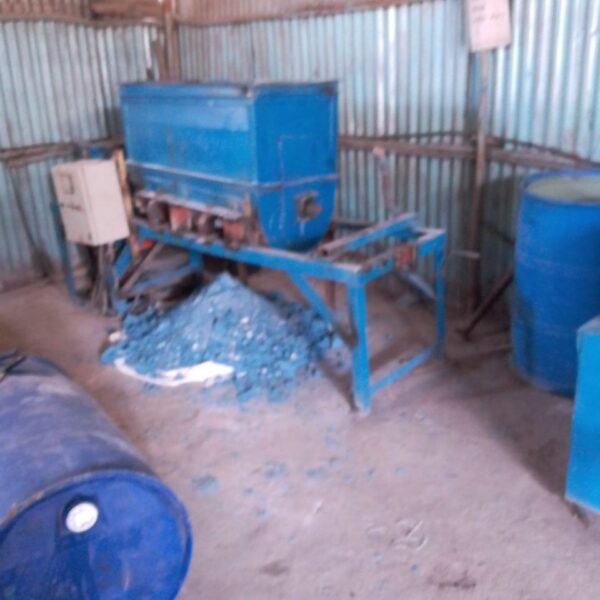 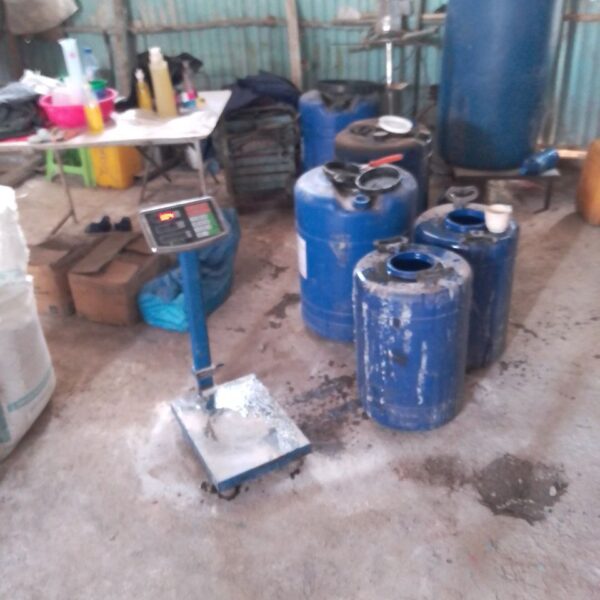 I was able to get this respondent after quite a long time since she was super busy with work and orders coming by, especially during the last two holidays. The woman owned her own Garment production shop along with her spouse. Her firm space is very large, about 350 Sqm. Thus, her rent payment also used to be high but she said it has decreased somehow now compared to before. She said her business activity is good and satisfactory but she has fears that it will decline somehow during the coming fasting season. She was selected from her competitors to participate in a festival exhibition which was held at the Friendship Park for about 10 consecutive days. Thus, she was super happy and her income also increased on those days.

In addition to this, she has told me she is currently training 4 new employees who came from Entoto Poly-Technic College as interns for 6 months and the Technical Institute has made an agreement to pay their salary till the end of their 6 months and both parties have signed the Memorandum of Agreement.

Moreover, she said that a company called GIZ had come to their business compound recently and that it has donated 1 Million Birr (19,285 USD) to 2 firms who are engaged in the same business. However, even if they have asked to get a loan from the company, they got the response that it has stopped giving loans to manufacturing related areas, and this really upset her and her husband. 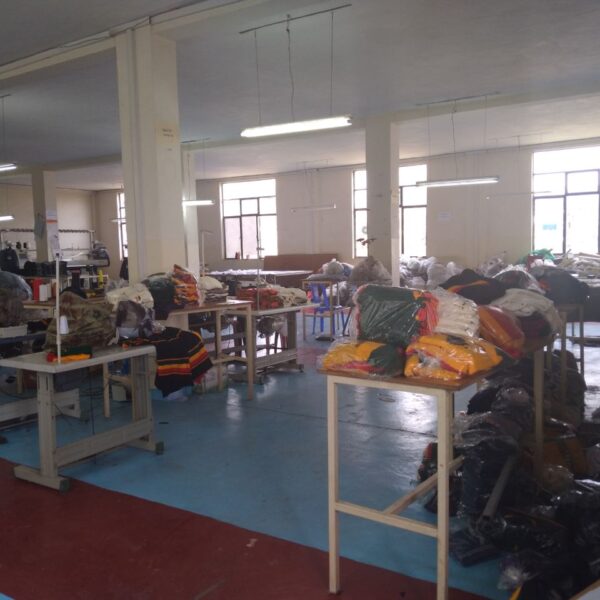 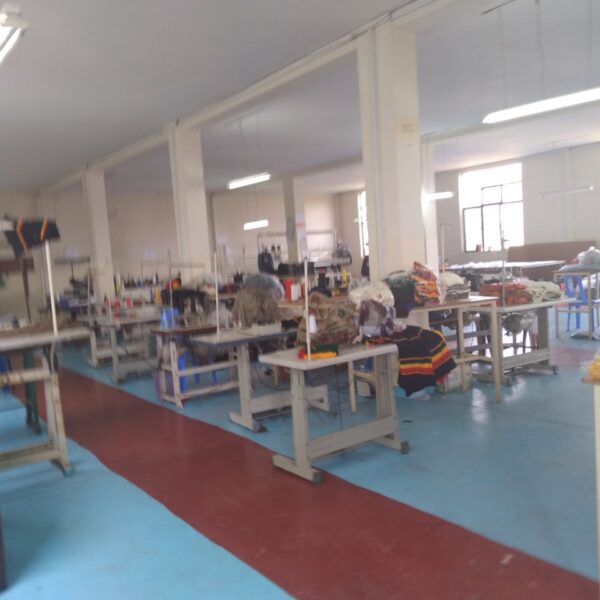 This respondent is engaged in the making of leather products such as different styles of shoes, bags, and coats. He sells his products in huge amounts to different customers and traders. He made an agreement with Hello-Cash agents and he sells his products to them and they deposit his payment through Anbessa Bank. He exports his products to some countryside areas where the temperature is warm like Dilla, Arba Minch, and Mizan Tepi areas but though the market is highly competitive, he cannot sell at the price he needs to and become profitable. During last week, he had an Interview with Fana TV regarding his business and his interaction with Hello-Cash agents. He’s always willing to do such interviews and he’s happy about it as long as it doesn’t harm his business in any way.

Moreover, he had bought a shoe press machine about 2 months ago and it really helped him to save more time and human power. He mentioned that the biggest challenge to his business is the poor quality of products and the price increments of products but he will try to buy the better quality of the products among them. So whenever he’s facing either problems, he informs his customers in advance and he increases his selling price not only once but through time so as to not disappoint or let go of his customers. Once a customer is disappointed or unhappy, it’s always hard to convince them to come by next time.

In addition, he said he has changed his former supplier to a new one due to the shortage of chemicals and products to supply. He added that even if his business activity didn’t bring a big change in his life yet, he’s always grateful and thankful for being able to work hard and gain many customers so as to continue and stay in his business. 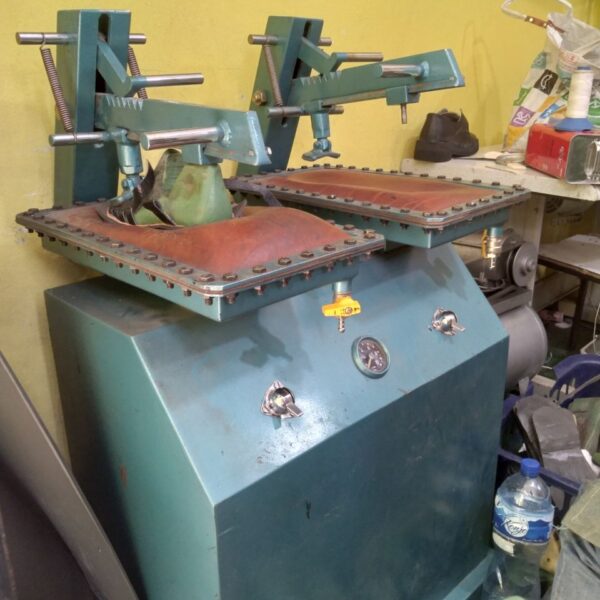 A respondent who engaged in Aluminium and stainless steel welding works:

He prefers to access loans from informal lenders but they’re not as good as financial institution. Finding collateral that meets the financial institutions’ requirements is difficult. This non accessibility of loans makes it so that his plant can’t get highly sophisticated technology. Rather he bought some used machines from other firms (second hand). The respondent applied for a loan at Addis capital which is under Addis credit and saving Institution and focuses on small and medium scale manufacturing firms. This institution covers 80% of machinery costs for eligible applicants but he was unable to met the requirements which include; audit document, trade license, and rent contract for the work shop. Only the last criteria prohibit this respondent from taking this loan as he pays the rent on a monthly basis but does not have a formal contract.

He has an idea and dream to contribute to import substitution through fabricating machineries domestically. He had the chance to visit china’s manufacturing companies before he started his own business. There is a high level of specialization in china as a single firm specializes in producing a part of a product. Finally, each part is collected and assembled by a separate firm.

To start and to be eligible to participate in big bids which is mainly from the government, the number of employees, machines and other factors of production to complete the order on time, and the size of the work place are analyzed. Cost of production (for each raw material) and value added tax are calculated and considered by this respondent for setting the price to apply for bids. The price he will set depends on the number of firms that apply for that specific bid as well as the estimation of the price other firms will set. When orders are unavailable, he prefers to set a low price (work with lower profit) to win the bid rather than being idle. He searches for bids on news papers but not on online platforms. He does not need to read each line of the news paper to search a bid because the bid  that can be eligible to this firm is already marked by pen.

This respondent said that the custom that firms share their part of orders to other surrounding firms is very efficient and has mutual benefits because this enables one to finish all the ordered products before a deadline and create tasks for these firms who don’t have orders (they do not lose their time). It also fills capacity limits which arise from machinery, land (space), labor, and other shortages. All the raw materials are from this respondent while he shares his portion of orders but their labor cost is paid to these firm owners.

Regarding the effect of COVID 19, this respondent did not fire any employee during the pandemic rather they shift their production to pedal hand wash equipment for clinics, hotels, hospitals, banks, universities, and other entities. This equipment helps one wash his hands by pumping the water with his legs, and as a result, transmission of COVID-19 is minimized. He also made water tube welding machines with out order by assuming they will sell in the future. He is also engaged in making tents.

Currently, he makes the designs and also does management. If he could access a loan, he plans to hire a designer, marketer, and an additional production worker to expand his business and develop better marketing strategies.

Issues related to mode of payment: Bank transfer and cash payments are preferred by suppliers over other digital payments such as mobile banking because they want visible receipt to trust and deliver materials. He is indifferent to digital payments if they accept but they want a print out (hard copy). Customers come to their shop through observing products that are previously produced and bought by customers. The customers themselves also bring new customers.

This respondent give high value to team work and said that every member of the group can benefit through working in teams rather than alone. He worked as a mechanic and in other institutions for almost 15 years before he started his own business.

He feels that gender does not affect participation in the manufacturing business and success. He also provided evidence of some model women who are influential and won bids from other men candidates.