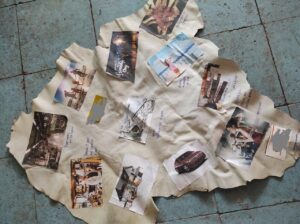 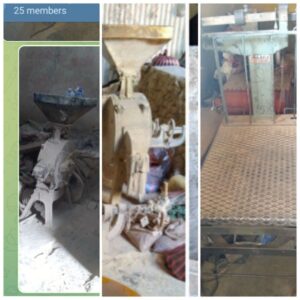 The firm is located in the middle of the ancient Harar market area, known as Magalla Gudo and the owner is in his 50s, married and has 7 children.also
He inherited this from his family and has been working there since he was a child. He is uneducated and has never tried any field of work in his life and always does the same thing. His customers are the residents of the town and the local farmers Some are long-term customers on average, the income he earns per month is around 60,000 birr. and pay 14,25 birr monthly salary for his three employees. It is not easy to take information from him compared to others. he is very skeptical and does not want to answer questions directly and he also believes that If the body conducting this study is concerned about this country. They should contribute to maintaining security and improving the cost of living. 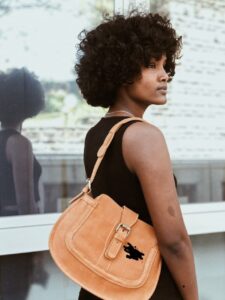 ET641 There is an upcoming bazared in South Africa. Our respondent is going on November 13 and she is going to stay for 8 days so she is busy preparing different new designs of bags, she is working out of her working hour. Unfortunately one of her employees who is Much resilient quit informal way because of this our respondent was so disappointed and she is short of manpower so she is in a stressed-out situation. 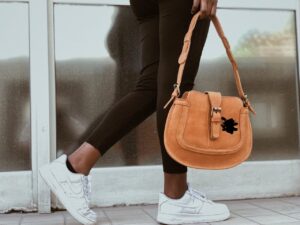 Our respondent got funds from the incubation program, I mentioned the incubation program a few months ago and the amount is $5000 she received the money this week. There was bazare in ECA they gave a chance for those who got the fund and she meet different Investors, she introduce her brand it was an amazing experience for her. She is preparing a new business plan to get funds from GIZ 4,000,000 ETB to buy new German machinery. Her current machinery is China’s machine it should be changed for her to produce quality and speedy way. And she is looking for a unique way to introduce her brand to upcoming bazar.

History of respondent: ET465
This respondent is 40 years old and the father of four children who engaged in metal works. This respondent rise low working capital as a main obstacle to his business which makes him to incure additional cost because he buy raw materials in small amount from retailers but he can save birr 60 per sheet of metals through buying from wholesalers ( directly from producers). The reason that forces him to buy from retailers is that wholesalers do not give credit sell whereas retailers allow us this accessibility until I paid back from the income of selling finished products. Further more lack of working capital makes him not produce products(which are demanded by the majority of the public) in bulk even not ordered by customers at the time of production. This type of production mechanism may help me for mass production supply the product to wholesalers that increase customers choice since they can see the products in real in order to decide which to buy. These and other reasons make the business subsistence ( hand to mouth). He allows a firm to work at his workplace independently who does not have work place and registration ( which means this firm if informal). what independently mean is that he father customers order and then he buys all the necessary materials by himself. The only thing he shared from our respondent is that the working place and electricity. Tuition fee increase also makes them unable to cover for his student children as a result he prefers to shift his children who are preparatory students to a government school but still he wants to stay his two children who are KG 3 and grade two at private school in order not to lose better knowledge base.
He said private schools are better than government schools by the education system and student care. He said metal pieces that fallen at the ground were reused to fill the gaps during welding but he fears allowing someone who collects these metal prices through magnets because they may take other important materials aside from what they allowed to collect. 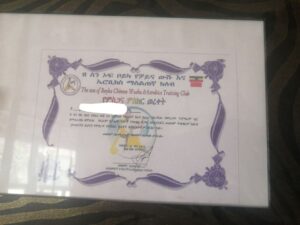 Et391 is furniture-owned firm. As we know, our respondent is strong and has gone through a lot of trouble before and started this business. He has been doing his job well since this New Year, but in recent times the power outage, which we often described as a problem in that area has been repeated. They have been out of work for 3 days. As a result, they could not finish the work that was supposed to be completed today.

Our respondent has taken many courses, including Kaizen, and received many certificates. When there is a power outage, they try to do things that can be done without the power, but don’t waste time. As we have seen, the workers are always given priority. What he wants is for them not to lose their morale due to lack of electricity or any other reason; So that they don’t waste their time and sit idle. He also tries to talk to them about their problems if they need his help, he will do it to the best of his ability. He does not want employees to always be hired and advises them to start their own business. This is one of the good things we see in him. Although he was doing some work without electricity, he was afraid of losing his customers because the power outage prevented him from delivering the goods on time. Despite the problems, The good news is that he received a certificate from THE SUN OF BOYKA Chinese Wushu & Aerobics Training Club this week.They gave this because they wanted to thank him for his support in material, moral, and various things

ET625 is a female-owned liquid soap and detergent producing firm. She is 40 years old and married. She has 6 children and graduated from university with BA Degree in Business Management. When I shared her story previously, the firm was not yet expanded as it is now. Previously, she was using the rental production area and sales point. But currently, the government provided her a wide production area freely which is estimated to cost her 15000ETB per month. Two months ago, she prepared a smart business plan. Taking that into consideration, the Oromia Saving and Credit Share Company borrowed her 1.4 million ETB. By using this money, she is producing different varieties of detergents in large quantities that she had not been produced previously. 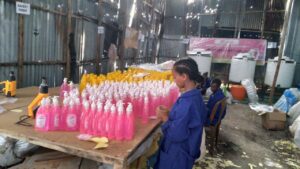 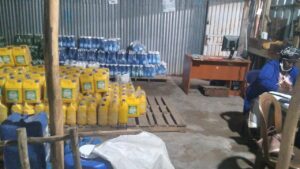 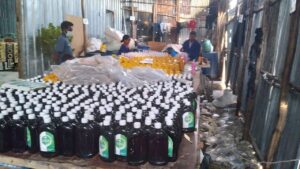 In addition, she expanded her office equipped with computers and furniture which is an important asset that helps her in registering her daily transaction, types and amount of daily production, raw materials daily used and purchased, and employee-related information. One thing which impressed me very much is that she has also expanded her sales point at the weekend market place, at the center of the town which is densely populated, known as post office area which was given to her by the town administrator freely.