In the first step of sampling businesses for the Small Firm Diaries project, the field research team conducted the census survey of 1399 firms in locations of Addis Ababa, Adama, Dire Dawa and Harar. The locations were chosen based on the requirements of the study. These locations needed to be known for having light-manufacturing and agri-processing firms. Most importantly, these locations needed to be reasonably stable and safe to work in and should be manageable from a logistical point of view. It was decided to include Addis Ababa (the capital, the motor of the economy and having all types of businesses represented), the combination of Adama and Debrezeit was chosen as an area that was easy to reach, safe and expected to be active in agri-processing. We chose Dire Dawa as the third location since it is a sizable town, known for entrepreneurship and distinct from the other two locations in cultural composition and with a long history. 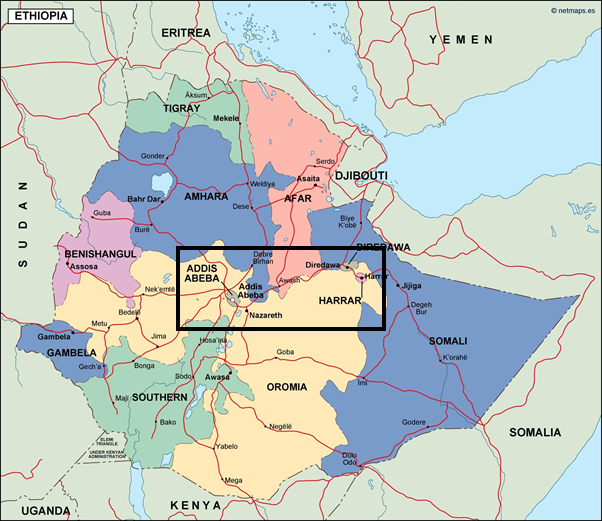 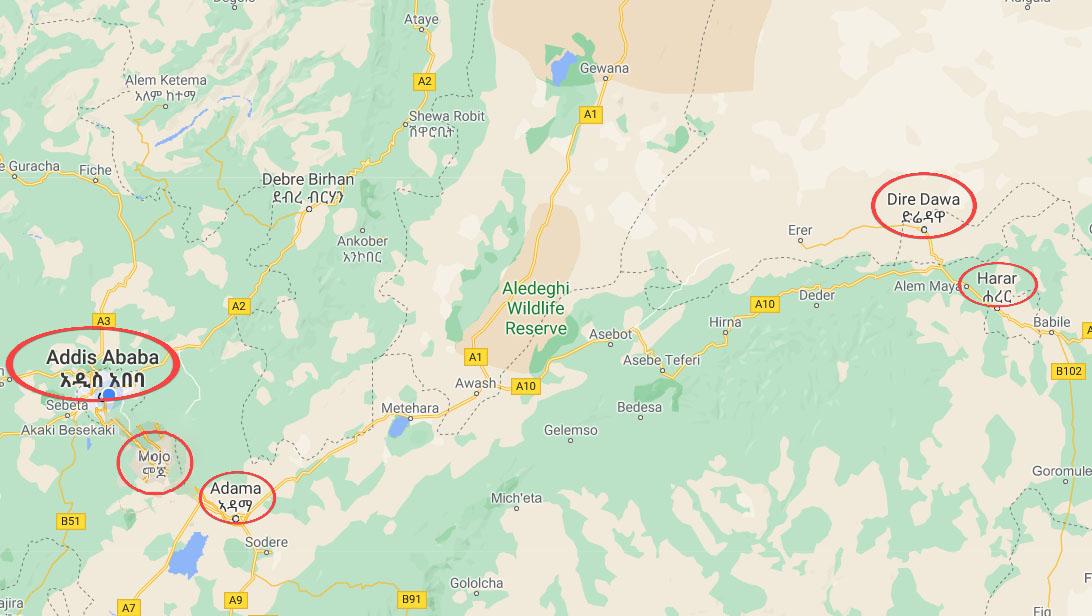 This article describes the results from the Census survey in terms of location; type of businesses, owners’ gender; number of employees of the firms and number of business lines.

# Business sectors: For this study we searched for firms that met a number of eligibility criteria, as described in the first blog. In short, we were looking for firms active in agri-business, light-manufacturing and selected service businesses (here referred to as ‘other’). We excluded the very common businesses of retail, hospitality (restaurant, café, hotel, …) and basic services (hairdressers, tyre mending…). Beyond this focus we included all the businesses that could be found in specified areas, as long as they had at least one worker and no more than 25 workers. The distribution across the three focus areas are about 43 percent of the business firms active in light manufacturing while only 12 percent are agri-processing businesses. The largest group, 46 percent, falls in the “other” category.

By location, we see that “light manufacturing” is more concentrated in Addis Ababa followed closely by Harar whereas “other businesses” (those providing specific services) are more concentrated in Dire Dawa. Regarding the “agri-processing sector”, this is relatively most common in Harar with 27 percent of the firms in agri-processing. This is followed by Dire Dawa (21 percent); Adama (12 percent) and negligible in Addis Ababa 5 percent).

# Owner’s gender: While the field-team had the explicit assignment to make sure they would cover all available women-owned or co-owned firms; the interviewed firms were mostly male owned (73 percent). Only 19 percent were female owned whereas 7 percent were co-owned, meaning they were owned by both men and women.

# Number of employees: While we allowed the Field-Researchers to include all firms with any employees, the field team knew that ultimately, we would only be able to include firms with two or more employees, so it is likely that quite some firms with one employee were already left out of the census. The survey result shows that there are by far more small firms, than larger firms, as we expected. In total of all firms found one-quarter have one employee (25 percent) and one-quarter have two employees (25 percent). Of the firms with more than two employees, most (30 percent of total) have three to five employees. Just 16 percent of all census results have 6 to 20 employees; 2 percent have 21 to 30 employees and another 2 percent have more than 31 employees. Interestingly enough, there is no clear pattern along the owners’ gender regarding size or even much difference according to location.

The below graph shows that companies co-owned by both men and women, are more likely to be larger and unlikely to be very small. Women-owned firms are roughly equally distributed across the sizes (slightly more for the smallest of 1 employee, but again also slightly more amongst the >20 employees categories).

From the graph it is clear that there is almost no difference in the number of business lines by gender. Only co-owned companies are slightly more likely to have multiple business lines.

The graph shows that it is more common to have one business line across the locations. However, two business lines are mostly common for Dire Dawa (38 percent) and Adama (33 percent).

There is no significant difference in wishing to participate by sector.